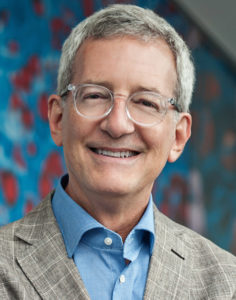 Roger Cone, a distinguished obesity researcher, joined U-M in 2016 from the Vanderbilt University School of Medicine, where he served as chairman of the Department of Molecular Physiology and Biophysics and the Joe C. Davis Chair in Biomedical Science. He was also director of the Vanderbilt Institute for Obesity and Metabolism and associate director for Vanderbilt’s Diabetes Research and Training Center. Prior to joining Vanderbilt in 2008, Cone served as director of the Center for the Study of Weight Regulation and Associated Disorders at Oregon Health and Science University and as a senior scientist at OHSU’s Vollum Institute.

The holder of several U.S. patents, Cone has published more than 160 scholarly papers. He studies central control of energy homeostasis, his primary interest being understanding how the central nervous system regulates energy storage and the role of those neural circuits in obesity, disease cachexia and anorexia nervosa.

He is known for his discovery of some of the key receptors and neural circuits in the brain that regulate energy stores, and his laboratory continues to study the role of these receptors and circuits in obesity, wasting disease (cachexia) and anorexia. Recent projects include development of small molecule compounds for the treatment of obesity, identification of novel cell signaling pathways in the brain involved in the regulation of body weight and identification of genes predisposing humans to anorexia nervosa.

Cone has served on the Board of Scientific Counselors for the National Institute of Diabetes and Digestive and Kidney Diseases and the board of the Hilda and Preston Davis Foundation, and currently serves on the editorial board of the journal Cell Metabolism and the National Academy’s Board on Life Sciences.